Dancing With The Stars: Pamela Anderson Is Gone And Bieber Wows 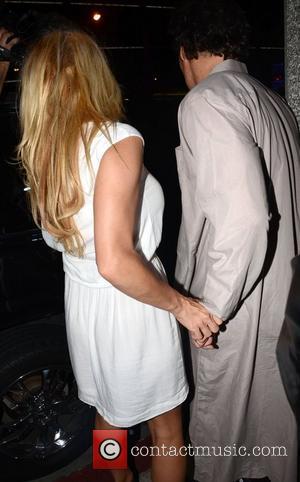 Dancing With The Stars didn't fail to entertain on Monday (24th September) but it was an early farewell for Baywatch star Pamela Anderson, and an intense performance from Justin Bieber. Reports E! Online.

"Tony, I know you understand, I'm going back to my kids, so it's not that bad," Pam said to friend and fellow parent Tony Dolovani before she left the show. She and pro-partner Tristan MacManus received the lowest score of 17 from the judges Monday night for their cha cha cha, meaning her time on the show had to come to an end. "I was ready for it," she said. "But we're going to keep dancing." Someone that did score high was a certain Justin Bieber, who impressed with his guest performance on the show. But was the teenage heartthrob wearing a leather onesie!? "Oh my gosh, I'm glad you brought this up because I was thinking that same question. I couldn't really tell," Sabrina Bryan explained. "In the entertainment industry nowadays, you can expect anything," fellow dancer Louis Van Amstel stated.

Elsewhere on the show, Drew Lachey, who has won the show before, was surprised to be in the bottom two: "I was shocked," he bleated. "Honestly, it felt like someone punched me in the stomach. I was on season two and I was never on the bottom two, fortunately, and I never wanna be there again."