Stars Including Pamela Anderson, Joaquin Phoenix, And Moby Showed Their Support For Animal Rights By Attending A Special Event To Pay Tribute To Campaigners Who Expose Cruel Conditions In Factory Farms. 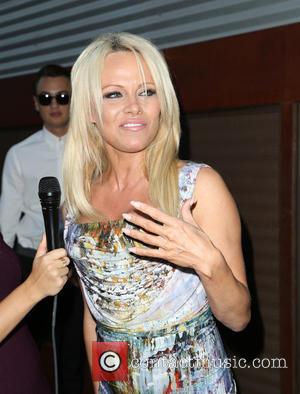 The celebrities joined other stars such as actress Emily Deschanel and music mogul Russell Simmons at the Mercy for Animals Hidden Heroes Gala in Culver City, California to help honour the organisation's undercover investigators.

Former Baywatch star Anderson presented the Sam Simon Award - named after The Simpsons co-creator who died earlier this year (15) - to singer Morrissey in recognition of his animal rights work, before a fundraising appeal for the group raked in $1 million (£625,000), thanks largely to a $500,000 (£312,500) donation from property magnate Ari Nessel.