Pamela Anderson To Go Back Into Therapy? Her Words, Not Ours! 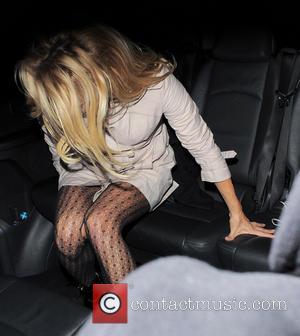 It's been a tough few years for Pamela Anderson, what with a whopping tax bill and her embarrassing elimination from Dancing On Ice. Never one to shy away, though, she's admitted that another stint in therapy might be on the cards.

According to the Press Association, the mother-of-two said: "I've had some interesting therapists. I haven't been in a long time. I probably should go back. I've been working non-stop, digging myself out of a construction hole. The house just enveloped me financially and I didn't know how to handle it. It happens to a lot of people in Hollywood. It was a very stressful couple of years."

Speaking to The Sun about a former therapist that she used to see, Pamela said: "My therapist was eccentric and old. I love seeing him and talking. We became friends - but I was paying for it. My grandfather was really into mythology and fairy tales and symbolism - and that's part of my life. So I re-hash that with my therapist. I don't know how much of that's therapy. In fact, he actually told me more about his life than I told him about mine."

Anderson just turned down the opportunity to star in a new Baywatch movie as Hollywood tries to bring to live the cult beach-drama so loved by Chandler and Joey. Perhaps, though, with her monetary issues, a big payday is exactly what she needs.