The former 'Baywatch' star has filed for divorce from Rick Salomon, six years after the pair secured an annulment. 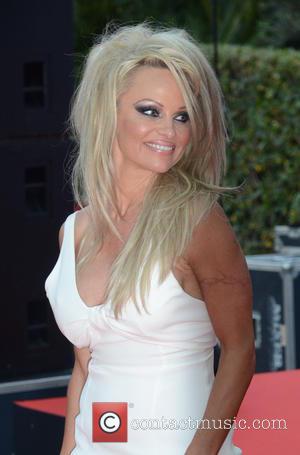 The former 'Baywatch' star has filed for divorce against husband Rick Salomon after only being married for six months.

The pair tied the knot on January 9th, and Anderson filed the legal papers on July 3rd, according to TMZ.

"We're very happy," Anderson said in January when announcing their marriage. "Our families are very happy and that's all that matters."

This was the second time the blonde bombshell and Salomon got hitched, and subsequently this will be their second divorce.

The first time around, the duo married in Las Vegas in October 2007, but famously separated only two months after. By February of 2008 Anderson had requested through the courts that their marriage should be annulled, claiming 'fraud' as the reason.

Five years after their split, in October 2013, the 47 year-old actress hinted she reconciled with Salomon while appearing on 'The Ellen DeGeneres Show'. The talk show host asked about their relationship status after they were spotted on vacation together in the south of France in that same month.

"I say we're best friends...with benefits," the mother-of-two said, adding that she didn't "want to meet anyone else."

"You keep going back to the same guys," DeGeneres jokingly responded. "You're married, then you go back."

More: Pamela Anderson: "My Affinity With Animals Saved Me" After Years Of Childhood Sexual Abuse

Although the couple initially seemed happy, a source revealed to Us Weekly last month that Pamela is "starting to regret marrying" Salomon. "It definitely won't last, she likes bad boys, and he's too nice and boring. She had reservations, and now she realizes she should have listened to her instinct. She regrets ever saying yes."

Perhaps the same issues that came between them seven years ago resurfaced.

Pamela has been married before to the Grammy nominated singer Kid Rock and Motley Crew drummer Tommy Lee with who she has two sons with, Brandon Thomas Lee and Dylan Jagger Lee. Anderson and Salomon first married in 2007