Pamela Anderson has reportedly filed for divorce from Rick Salomon just six months after she remarried him. 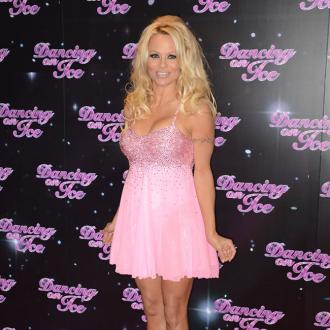 Pamela Anderson has allegedly filed for divorce from Rick Salomon.

The 'Baywatch' star, 47, has reportedly decided to legally terminate her six-month marriage with the film producer for the second time, according to TMZ.com.

The blonde beauty married Rick in a small wedding ceremony at The Mirage in Las Vegas in October 2007, but just two months later she announced they had split.

Pamela requested to have their marriage annulled in February 2008, citing fraud as the reason.

Last October, the busty star admitted on television that she and Rick - who appeared in Paris Hilton's sex tape 'One Night in Paris' - were ''friends with benefits.''

Earlier this year, Pamela announced she had remarried Rick, just after the poker player won $2.8 million in the World Series of Poker Big One for One Drop, but she refused to give details about their wedding ceremony.

Meanwhile, Pamela was previously married to Tommy Lee in 1995 and has sons Brandon and Dylan with him, but the couple divorced three years later in 1998.