Pamela Anderson Gets Second Chance At Skating Victory In Holland 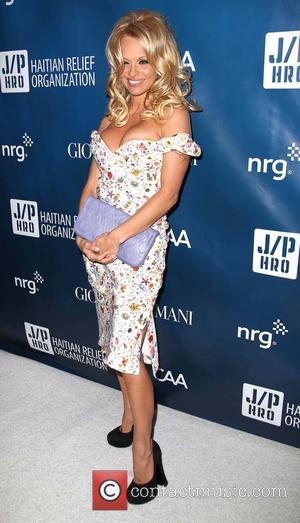 Actress-turned-reality Tv regular Pamela Anderson is heading back to the ice rink after signing up to compete in the Dutch version of hit U.K. show Dancing On Ice.

The former Baywatch star became the first contestant to be voted off the British competition earlier this month (Jan13) after failing to impress the judges and the voting public with her debut routine with professional partner Matt Evers.

She blamed a slight wardrobe malfunction for the loss, but she is refusing to give up on the sport completely and has turned her attention to the show in Holland.

She tells British newspaper The Mirror, "I'm happy to show the real routine and show the U.K. what it was supposed to look like. I have spent months in training."

After she was booted off the U.K. show, the actress insisted she would keep practising her new hobby, stating, "It was really fun and now I know how to skate a little bit. I'll keep skating for sure."

Anderson will appear on the Dutch programme with Evers, who she is also rumoured to be dating.