Pamela Anderson is a strict parent

Pamela Anderson thinks she is a very strict parent and makes her sons ''sign contracts'' before letting them do anything. 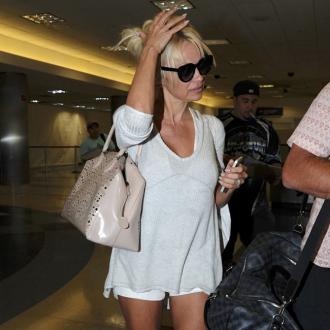 Pamela Anderson thinks she is a very strict parent.

The 48-year-old actress - who has two sons, Brandon, 19, and Dylan, 17, with ex-husband Tommy Lee - is determined not to spoil them and claims she makes them ''sign contracts'' before agreeing to let them do anything.

The former 'Baywatch' star said: ''I made them sign a contract before they got a car; no drinking and driving and no disrespecting girls. I don't know if I brought them around the best role models, but they've had a colourful life.

''Despite the mistakes I've made, I have incredible kids.''

Pamela claims she fell in love with the boys' father Tommy ''at first sight''.

Asked about the rocker, whom she split from in 1998 after three years of marriage, she told PEOPLE magazine: ''I only knew him four days before I married him. It really was love at first sight.''

Meanwhile, the blonde beauty admits she feels under pressure to look good all of the time.

She said: ''It's hard, because you're expected to look a certain way and you're photographed all the time. My niece showed me a picture, and I said, 'I look terrible,' and she goes, 'Auntie Pam, nobody can look good all the time.' Thank you, Kylie!''