Actress And Animal Rights Activist Pamela Anderson Has Launched Her Own Vegan Culinary Show Online As She Prepares To Publish Her First Cookbook. 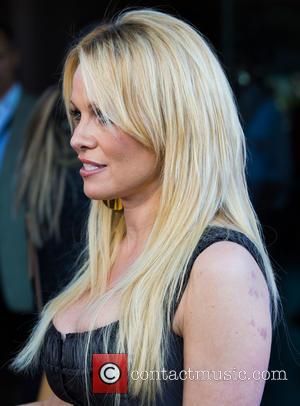 The former Baywatch beauty has teamed up with her friend Delahna Flagg for The Sensual Vegan blog, which features video tutorials of the pair cooking up healthy green meals.

Sharing the news with fans via Twitter.com on Monday (06Jul15), she writes, "I've been working on a little sexy vegan cooking show from home http://www.thesensualvegan.com".

In the first instalment of the Internet venture, Anderson and Flagg share recipes for lentil bean stew, roasted vegetables, quinoa ginger and fennel salad, and white and red bean salad.

The actress' cooking blog is tied into her next publishing project, a recipe book of the same name.

A post on the website states, "Right now - she is writing her next book - The Sensual Vegan (out spring 2016 release)... a cook book in progress."

Anderson won't be the first celebrity to have her own cookbook - Gwyneth Paltrow, Sheryl Crow, Eva Longoria and Trisha Yearwood have all shared their favourite meals with fans in book form, while Jennifer Aniston recently announced plans to reveal her go-to recipes in a new book.