Pamela Anderson has been ordered to pay a $31,207 tax bill for a property in her Canadian hometown of Ladysmith, British Columbia - making it the third large payment she has been asked to fork out within just a few months. 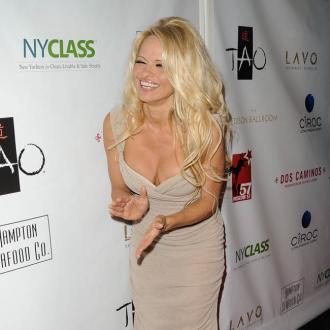 The former 'Baywatch' babe is being forced to fork out a huge sum of money for a third time within just a few months, this time for a property in her home town of Ladysmith, British Columbia, Canada.

In 2009, the busty blonde had a claim for $1.7 million filed against her, which put her name onto the 'Top 500 Delinquent Tax Payers'.

In a bid to earn more money Pamela appeared in 'Dancing With The Stars: All Stars', but was voted off in the first round of the ballroom contest.

After being offered a $23,995 contract to take part in British talent show 'Dancing on Ice', to help bring a ''bit of Hollywood glitz'' to the show, but she was again booted off on the first show after receiving the least votes from the public.

A source previously commented: ''Pamela will bring a bit of Hollywood glitz and glamour to the show, which we will all need come the winter.

''She's no stranger to dancing in front of viewers after her stints in America.''