Pamela Anderson believes her pet dog Jo-Jo ''committed suicide'' because he didn't like her ex-husband Rick Salomon, whom she divorced in April this year. 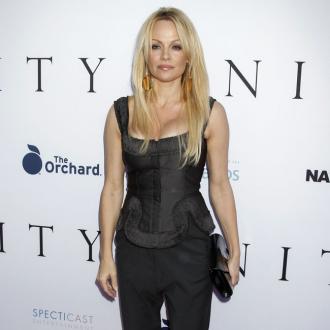 Pamela Anderson thinks her dog ''committed suicide'' because he didn't like her ex-husband Rick Salomon.

The 47-year-old model was left devastated when her pet pooch Jo-Jo passed away a few months ago and believes her former spouse, whom she divorced in April this year, is to blame for her four-legged friends' unexpected death.

She told The Sunday Times' Style magazine: ''My dog Jo-Jo passed away not long ago.

''I think he committed suicide because he didn't like my husband. He just looked at me one day and said, 'I don't know what you're doing but I can't do this anymore. I'm out.''

The former 'Baywatch' actress - who tied the knot with Rick in 2007 before having their marriage annulled two months later and then remarrying in 2014 - pulled the plug on their relationship for a second time earlier this year due to their ''different philosophies'' and lifestyles.

Pamela, who has two children Brandon, 19, and Dylan, 17, with her first husband Tommy Lee, doesn't feel ready to throw herself into another relationship just yet but hasn't ruled out finding love again in the near future.

The blonde beauty - who was also married to Kid Rock - said previously: ''I've said to myself I won't date anyone till after Christmas. Then, watch out!''