While promoting the Pamela Anderson Foundation, the 46 year-old recalled being sexual abused which left her having a "hard time trusting humans." 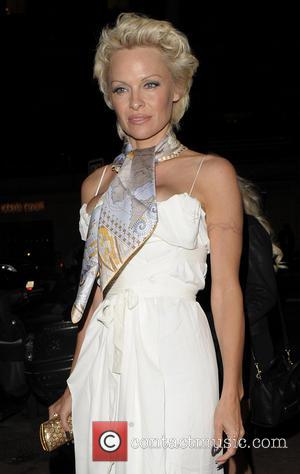 Pamela Anderson shocked guests at one of many Cannes Film Festival's fund raising events on Friday (May 16th).

The 46 year-old actress/model recalled her horrific past experiences of being sexually abused from a young age, which included a vicious gang-rape.

These revelations occurred during Anderson's speech at the launch of the Pamela Anderson Foundation, which is dedicated to protecting animals' rights, when she told audience members, "it's the time to reveal a few of my most painful memories," (via The Guardian).

"At the risk of over-exposing myself, again, or being inappropriate, again, I thought I might share with you why I am doing this," she said. "I did not have an easy childhood. Despite loving parents, I was molested from age six by a female babysitter."

The former 'Baywatch' star was sexually attacked by an old boyfriend's brother, who was 13 years her senior.

"I went to her boyfriend's house and his older brother decided to teach me backgammon, which led into a back massage, which led into rape - my first heterosexual experience. He was 25-years-old, and I was 12," she revealed.

Unfortunately, this wasn't the only time Anderson was a rape victim either, when in her teens suffered from an ordeal at the hands of her first boyfriend.

"He decided it would be funny to gang-rape me with six friends. I wanted off this Earth," Anderson stated. "This meant I had a hard time trusting humans."

There reason why Pamela chose to speak openly about these experiences is because, even though her faith in humans was almost destroyed, she was saved by her love for animals.

"My affinity with animals saved me, they came to me naturally. The trees spoke to me. I wasn't sure why I was alive - a burning question, a quest," she said. "My loyalty remained with the animal kingdom. I vowed to protect them and only them. I prayed to the whales with my feet in the ocean, my only real friends until I had children." Anderson at the Cannes Film Festival