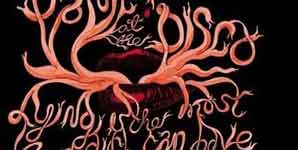 Artist: Panic At The Disco
Song title: Lying Is The Most Fun A Girl Can Have Without Taking Her Clothes Off
Genre(s): Alternative

Panic! At The Disco
Lying Is The Most Fun A Girl Can Have Without Taking Her Clothes Off'
Video Stream

Las Vegas quartet Panic! At The Disco are set to release their second commercial single from their debut album. 'Lying Is The Most Fun A Girl Can Have Without Taking Her Clothes Off' will be released on 7th August and available on 2x CD & 7'' picture disc vinyl.

Their debut album 'A Fever You Can't Sweat Out' hit the stores in February and has already gone gold in the UK and is still flying off the shelfs...the band have also announced two headline dates at Brixton Academy this Autumn

Having formed in the outskirts of Las Vegas in their early teens, Panic! At The Disco were still at High School when they signed to the label Decaydance/Fueled By Ramen. Unfortunately, original bassist, Brent Wilson is no longer part of Panic! At The Disco...a good friend of the band is currently filling in and will play the UK dates at Brixton Academy.

On their most recent headline tour the band received a phenomenal response from the UK crowds. This combined with the myspace-buzz around the band means the music is spreading across the globe in high speed and that certainly includes the UK!. 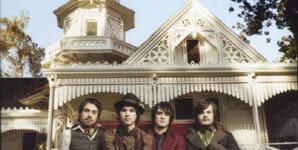