Paolo Nutini, Belle And Sebastian And Idlewild Are Among The Musicians Who Will Compete For The Coveted Scottish Album Of The Year (Say) Prize. 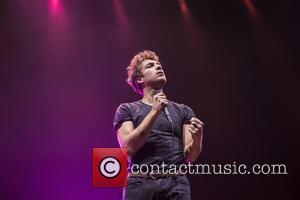 Nutini's disc Caustic Love has been named in the long list for the honour, billed as Scotland's version of the U.K.'s Mercury Prize, along with Belle and Sebastian's Girls in Peacetime Want to Dance and Idlewild record Everything Ever Written.

Other nominees include 2014 SAY winners Young Fathers for their album DEAD, Rave Tapes by Mogwai and From Scotland With Love by King Creosote.

The list will be shortened to 10 nominees in May (15). The public can vote one album into the top 10 and the remaining nine will be chosen by a panel, which will subsequently pick the winner.

The prize will be awarded at a ceremony in Glasgow, Scotland on 17 June (15).