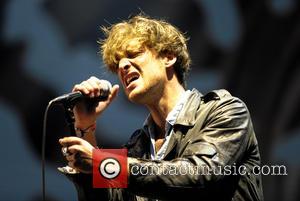 Scottish singer/songwriter Paolo Nutini is back on the dating scene after reportedly striking up a romance with a model/actress he met on the set of a music video.

Nutini has been dating fellow Scot Amber Anderson since earlier this year (14), according to Britain's Daily Mirror newspaper.

A source tells the publication, "They hit it off immediately on the shoot. They have a very similar sense of humour and have a lot of fun together. They've been casually dating for a few months and things really heated up for them when she went to Glastonbury with him last month... They are practically inseparable now and have met all each other's friends and families. But it was only very recently that they decided to officially call themselves an item."

Anderson has modelled for brands including fashion house Burberry, and appeared in Natalie Portman's 2011 movie Your Highness.

Nutini split from his childhood sweetheart Teri Brogan in 2010 after eight years together.