Paolo Nutini is ''ready'' to collaborate with Jay-Z after learning the rap mogul is a fan, but is unsure how to go about making the duet happen. 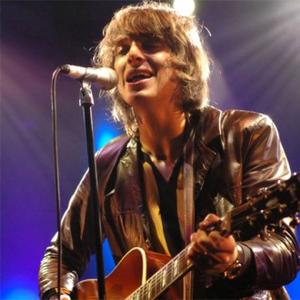 Paolo Nutini is "ready" to record with Jay-Z.

The US rapper is reportedly keen to collaborate with the Scottish singer, but the 'Candy' hitmaker is unsure on what to do next to make the duet happen.

He said: "What happens next? I don't know, I don't know whether he just says that, 'We've got to do a song and see you later', you know, or maybe he said that because he wants to do it. If that's the case, Jay-Z, give me a phone and I'm ready, I'm ready.

Last month, Jay-Z and Arctic Monkeys star Alex Turner watched Paolo's performance from the side of the stage at the Glastonbury Festival and the 'New Shoes' singer admits it was a surreal experience.

Speaking at this weekend's Latitude Festival, he told Absolute Radio: "It was like 'Zoolander', da da, you know, you've got the guys there. It was cool, man.

"Alex I've been lucky to meet a few times, for most young musicians he's got to be a massive inspiration. I don't really know why, you know, lyrically obviously, but just in general being able to be that big but keep that kind of. you know?"