Review of Decode Single by Paramore 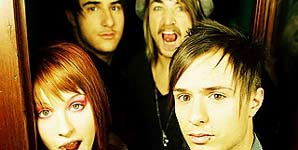 Though their second album was released in 2007, it was a year later that the band from Tennessee broke through, particularly in the United Kingdom which saw their popularity culminate in a headline slot of Give It A Name. This release is taken from the soundtrack of teen flick 'Twilight'.

Currently working on material for their third album, 'Decode' comes across very much as a stop-gap offering. It lacks the trademark hooks that have made the likes of 'crushcrushcrush' so infectious, instead stepping up to a heavier sound that borders on metal. Hayley Williams is as angst-filled as ever, but the shouted vocals abandon any chance of a sing-along anthem that prove some popular with their fans. Hopefully they're saving the better ideas for their next full release.