Paris Hilton's Aunt, Reality Tv Star Kim Richards, Has Suffered Another Legal Blow After Losing A Lawsuit Filed Against Her By An Elderly Family Friend Over A Dog Bite. 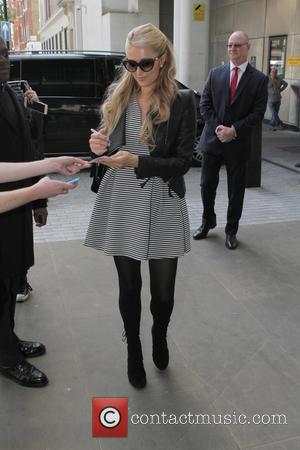 In the court documents, Rozario also claimed Richards tried to prevent her from calling emergency services in a bid to keep the incident out of the headlines.

The paramedics were eventually called and the plaintiff reportedly agreed to keep the matter private because she believed Richards was planning to give the dog away.

However, The Escape to Witch Mountain star only parted ways with Kingsley in November (14), after the pooch allegedly bit her teenage niece, Alexia Umansky, who required surgery for her injuries.

Rozario sued Richards for over $1 million (GBP625,000), and on Thursday (14May15) a judge awarded her over $8,100 (GBP5,062) for medical bills and emotional distress and trauma after the reality star failed to respond to the lawsuit, according to TMZ.com.

This isn't the only legal trouble Richards is facing - she is charged with public intoxication, resisting arrest, and battery following an alleged drunken altercation with a police officer last month (Apr15).