Cheryl Cole is set to sign a huge fashion deal with prestigious US store Kitson, who want her design a range of clothes and model them. 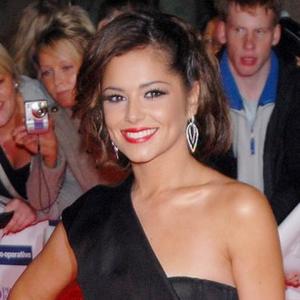 Cheryl Cole is set to sign a huge fashion deal with prestigious US store Kitson.

The fashion boutique - a favourite among celebrities including Paris Hilton and Victoria Beckham - want the British beauty to design a range of clothes, which will be called 'Fight for This Love', the name of her debut solo single, as well as modelling them

A source said: "This will be huge for Cheryl. Obviously she's already a big star in the UK but she's not a household name in America. This will change everything. Kitson is one of the most popular shops in Los Angeles and is a favourite among celebrities. It's one of the coolest boutiques, so for Cheryl to be offered her own range with her name with her name at the helm is fantastic news.

"The creators want to use her song title 'Fight for This Love' as the name of the range and are hoping can design dresses and shoes as well as handbags. They are also wanting her to model the collection herself."

Cheryl is regularly voted one of the world's most stylish stars and sources believe she could follow in the footsteps of fellow Brit Victoria Beckham, who has taken the fashion world by storm with her exclusive clothing range.

The source added to the Daily Star newspaper: "Cheryl could easily have a career like Victoria Beckham. She has already had meetings with the brand's executives who are very impressed."