Paris Hilton's younger brother, Conrad Hilton, has agreed to plead guilty to assault after he ''went berserk'' on a British Airways flight from London to LA in July. 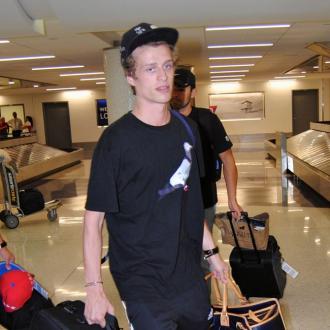 Conrad Hilton, 21, who was arrested last month after he ''went berserk'' on a British Airways flight from London to Los Angeles in July, reportedly reached a plea deal with prosecutors last week.

The socialite is set to be arraigned on Thursday (05.03.15) and will plead guilty to one count of simple assault - ''intentionally using a display of force that reasonably caused a person to fear immediate bodily harm'' - according to GQ magazine.

As a result of the deal, Conrad now faces a maximum of six months behind bars, one year of probation and $5,000 fine.

The model was originally charged with intimidating or assaulting the flight crew, an offence punishable by up to 20 years in prison, and was released on $100,000 bail when he first appeared in court in relation to the incident on February 2.

Witnesses previously claimed he screamed obscenities and threatened flight attendants by shouting: ''I am going to f***ing kill you,'' ''I will f***ing rip through you,'' and ''I will f***ing own anyone on this flight, they are f***ing peasants.''

He is also said to have grabbed a crew member's shirt and shouted: ''I could get you all fired in five minutes. I know your boss! My father will pay this out. He has done it before. Dad paid $300k last time.''

Other passengers believe he smoked Marijuana in the bathroom as they could smell the drug, and the captain authorised crew members to handcuff him to his business class seat for the descent.

Conrad's lawyer Robert Shapiro recently claimed his actions were the result of an adverse reaction to a sleeping pill.

He allegedly checked into rehab for 30 days ''almost immediately'' after the flight last summer.