Hilton 'Better Off' Without Reinhardt 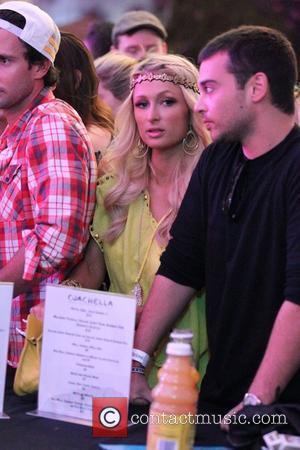 Paris Hilton has recovered quickly from the heartbreak of her split from Doug Reinhardt, insisting she's "better off" without the reality TV star.
A representative for the hotel heiress confirmed rumours the couple had parted ways earlier this month (Apr10), admitting the break-up happened "weeks ago", despite the socialite herself denying the claims just days before.
But Hilton has already moved on from the failed romance and has declared herself so "over" the split.
She tells Usmagazine.com, "I am like, so past that - I don't even care! I don't even remember that time in my life. I am over it!
"I just realised that I'm better off without him. So I ended it because I deserve something much better! He wasn't right for me and I will eventually find somebody who loves me for who I am."
And Hilton is planning to enjoy all the benefits of being a single girl again - she intends to stay away from relationships for at least a few months.
She says, "I love it (single life)! I am having so much fun. A lot of guys have obviously hit on me and I am getting thousands of calls, but I'm not ready to be with anyone.
"(I want to) stay focused on myself and my family and my work. Then, maybe in six months or a year... but for right now, I'm just too busy for a relationship."
Hilton dated the former The Hills star for a total of 14 months, although they split briefly last summer (09) before reuniting.