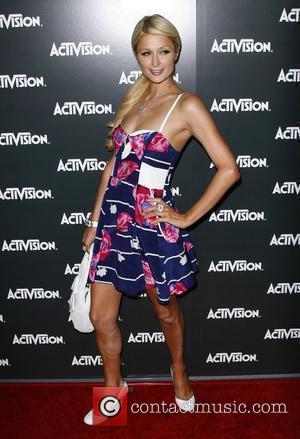 Paris Hilton has sent dating rumours into overdrive following reports linking her to Las Vegas nightclub entrepreneur CY WAITS.
The reality TV star has left gossips guessing about her dating status since splitting from on/off boyfriend Doug Reinhardt in March (10).
Hilton was spotted enjoying a night out with her former fiance Jason Shaw in Hollywood in April (10) and admitted they're "very close".
She was then linked to Jersey Shore star Pauly D - but subsequently slammed the claims as false.
And now The Simple Life star is rumoured to be dating business mogul Waits, who co-owns several exclusive venues in Sin City, according to TMZ.com.
The website reports Hilton has been dating Waits for the last month.