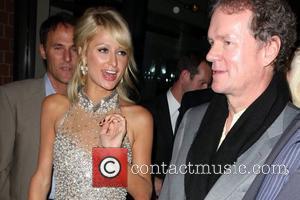 Paris Hilton has lashed out at the media for a string of stories linking her to soccer star Cristiano Ronaldo - insisting she wants the romance rumours to end once and for all.
The hotel heiress ended her six-month romance with baseball player Doug Reinhardt earlier this month (Jun09) and shortly after news of the split broke, she was photographed getting close to Ronaldo in a Los Angeles nightclub.
The socialite has been dogged by rumours of a romance with the sportsman ever since, despite the star's insistence the pair is "just friends."
And now Hilton has taken aim at the press - accusing reporters of making up "vicious stories" about her lovelife.
She rants on Twitter.com, "I'm really sick of reporters not only making up stories, but also inventing their own quotes that I never even said. It's ridiculous! They have no credibility. They make up vicious stories, and even though they are so far from the truth, it's still hurtful.
"They even invent relationships, if I even talk to a guy as a friend, they blow it so out of proportion and act like we are dating. So lame.
"Sorry for the venting, I'm just sick of all these stupid rumours. I'm trying to focus on my life and work and don't need the extra stress.
"Plus, I want you all to know the truth. Don't believe what you read, about 90 percent of it is pure fiction."