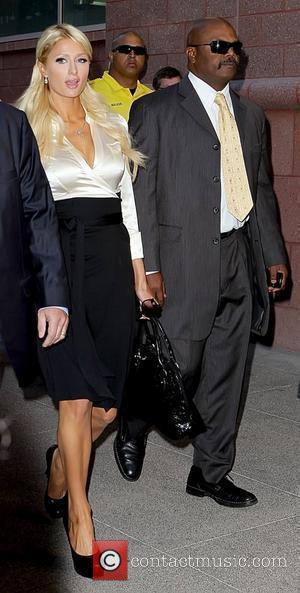 Paris Hilton has cancelled a scheduled press conference to promote her fashion range in Japan after immigration officials refused her entry into the country on Tuesday (21Sep10).
The socialite was quizzed by border authorities over her recent cocaine possession conviction upon her arrival in Tokyo - she was handed a one-year suspended sentence on Monday (20Sep10) and ordered to attend a substance abuse programme following her arrest in Las Vegas last month (Aug10).
Hilton jetted off to Japan with her designer sister Nicky shortly after the court appearance but her travel plans have been thrown into chaos after she was banned from entering the country.
A source tells WENN, "She was questioned by a Tokyo customs officer for many hours to determine whether they should allow her to enter Japan as they can reject people convicted by drug cases to enter our country.
"It seems at the moment that Japanese customs will not allow her to enter our country due to her arrest for cocaine possession in Las Vegas last month."
A statement issued by her representative, Dawn Miller, reads, "Paris Hilton was delayed by immigration authorities at a Japanese airport this evening after arriving for business obligations planned many months earlier.
"Paris was contractually bound to her business trip and didn't want to let down her brands and many Asian fans."
As a result of her border troubles, Hilton has been forced to call off a press meeting in Tokyo on Wednesday (22Sep10).
The hotel heiress has been allowed to check into an airport hotel while officials investigate the matter further and Hilton is reportedly undecided about whether to wait until the issue is resolved or leave the country and continue on to the next destination on her tour of the Far East, reports TMZ.com.
Hilton's business trip was also due to take her to Indonesia and Malaysia.