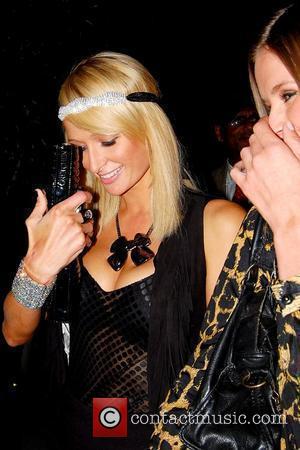 Paris Hilton dumped baseball player boyfriend Doug Reinhardt, so there would be no hard feelings when she started making moves on soccer stud Cristiano Ronaldo.
Hilton and her sister Nicky attended a party at Hollywood hotspot MyHouse on Wednesday night (10Jun09) - just a day after the socialite confirmed reports her six-month romance with Reinhardt was over.
And now photos taken inside the club, and obtained by TMZ.com, suggest Hilton has already moved on to a new man.
Cameras caught her whispering, kissing and cuddling the smiling Manchester United goal scorer.
Hilton left the club with her sister but reports suggest she was joined by the soccer star later in the night.
Clubbers tell the website, "He (Ronaldo) couldn't keep his hands off her."