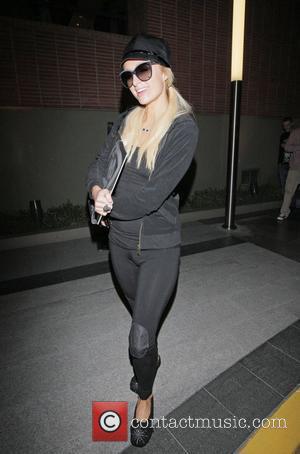 Socialite Paris Hilton has been blasted by animal rights campaigners for adopting yet another pet - they're accusing her of treating her furry friends like "disposable accessories".
The hotel heiress announced on Friday (09Oct09) she was adding a pot bellied pig named Princess Piglette (sic) to her menagerie of pets after ordering the Royal Dandie from a pig breeder in Oregon.
Her representative told TMZ.com, "Paris is thrilled! She is a major animal lover and is excited for the arrival of her new piglette (sic)."
But Hilton's latest addition has angered activists at the People for the Ethical Treatment of Animals (PETA), who have branded her a "wretched example" to her young fans for treating her pets like they're "as disposable as her friends".
A PETA spokesperson adds, "The Chihuahuas, ferrets, and kinkajous she's paraded through her home in the past were not accessories, and pot-bellied pigs aren't either."