Hilton's Extension Lawsuit Gets Even Hairier 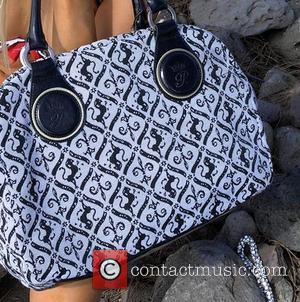 Picture: Paris Hilton posts a photo on Plixi.com, she tweets What do you think of my new hand bag design? USA - 24.12.10

Paris Hilton is still tangled in her fight with a hair extensions company - firm bosses have amended their lawsuit to accuse the heiress of costing them a staggering $70 million (£47 million).
Executives at Hairtech International Inc. originally sued Hilton for $35 million (£23 million) in August (10) over claims she reneged on her endorsement deal to promote their Dream Catchers range in 2007 by wearing a competitor's extensions.
They also claimed she failed to attend a 2007 launch party after she was jailed for driving on a suspended licence while on probation for drink-driving.
But now Hairtech heads are stepping up their battle with Hilton by doubling the sum they maintain she cost them in profits, according to a revised legal filing obtained by TMZ.com.
Earlier this month (Dec10), a judge dismissed a number of Hairtech bosses' complaints, throwing out an allegation of fraud. Lawyers were also told to remove any reference to Hilton wearing a rival's products.