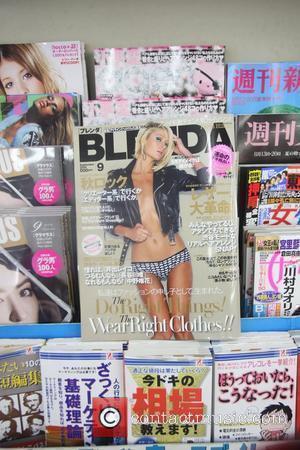 A California court has given socialite Paris Hilton the opportunity to pursue a lawsuit against greeting cards manufacturer Hallmark over allegations the company used her image without permission.
The hotel heiress is suing bosses at the firm, claiming they used her picture and her catchphrase, 'That's Hot!', on a card which was captioned 'Paris's First Day as a Waitress.' She alleges the card was based on a scene from her hit reality TV show The Simple Life.
At a hearing in California on Monday (31Aug09), three judges at the 9th Circuit Court of Appeals gave the star the OK to pursue her case against the company, rejecting Hallmark executives' claims the cartoon on the card was of a generic woman and not Hilton.
Judge Diarmuid O'Scannlain told the hearing, "The basic setting is the same: we see Paris Hilton, born to privilege, working as a waitress. (Hilton) has at least some probability of prevailing on the merits before a trier of fact."
The star is seeking damages and a permanent injunction, barring Hallmark from further exploitation of her name and likeness.