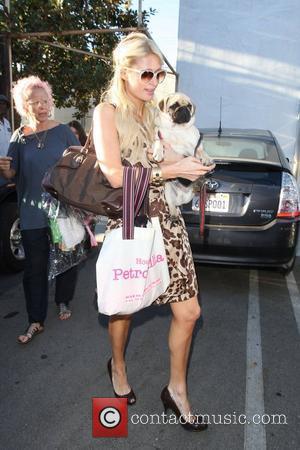 Paris Hilton's lawyer has warned the media and public not to "judge" the socialite over her arrest on suspicion of possessing cocaine until the matter is resolved in court.
The hotel heiress was taken into custody in Las Vegas on Friday (27Aug10) after a car she was travelling in was pulled over and cops found a suspicious-looking white powder in her purse . The substance was tested and proved to be cocaine, according to reports.
Hilton then recruited attorney David Chesnoff, who helped get the star out of jail just hours after her arrest.
Now Chesnoff has spoken out to keep critics from jumping to conclusions about the socialite.
He says in a statement, "This matter will be dealt with in the courts, not in the media, and I encourage people not to rush to judgment until all of the facts have been dealt with in a court of law."
In July (10), Hilton was questioned by cops in South Africa after her pal was suspected of smoking marijuana during the World Cup soccer festivities. Hilton also served time in jail in 2007 on a DUI charge.