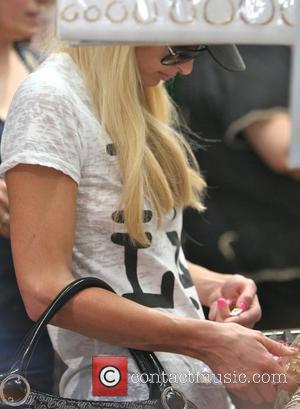 Paris Hilton's ex Benji Madden is set to join skateboarder and mixed martial artist JASON ELLIS' fight club this weekend (03Apr10) when he steps in the ring to tackle TV personality RIKI RACHTMAN in Las Vegas.
The Good Charlotte rocker and MTV star Rachtman will headline boxing event Ellismania 5 at the Hard Rock Hotel and Casino, and the TV host has already offered to pay organiser Ellis $1,000 (GBP625) if he doesn't knock Madden out in the ring.
He says, "I will be shocked if it (fight) goes past the second round... I will knock him out."
Madden will be hoping he's still standing at the end of the bout - because he's scheduled to perform with Ellis' band Taintstick over the weekend.
Ellis himself will also be fighting - he has a blindfolded boxing match-up with MMA star Kit Cope and Animal Planet’s Donald Schultz, and he'll also go wheel to wheel in a wheelchair fight with disabled rugby player and Murderball hard man Mark Zupan.