A Group Of Dance Music Fans Have Launched A Petition To Stop Paris Hilton Djing At A Summer Festival In Wisconsin. 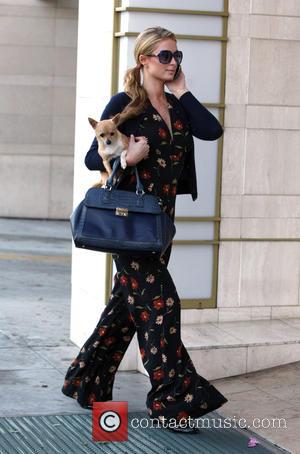 The socialite, reality TV star and hotel heiress has made a name for herself as a turntable queen in recent years, and she regularly takes over clubs in Europe and the U.S. - but music fans in Milwaukee are upset she's on the bill for the city's Summerfest, alongside The Flaming Lips and Public Enemy.

Their online campaign has received almost 5,000 signatures from those keen to see Hilton's name ripped from the line-up.

A note on the petition site reads: "This is a middle finger to anyone who paid to go this festival. You claim to be one of the premier festivals in America and then you go ahead and hire someone like Paris Hilton. She is a disgrace to dance music and is a perfect example of what spoiled celebrities do when they're bored.

"She has no right to be paid good money to stand up there and clap her hands on a stage. That money could be used to hire credible DJs that actually work hard on their craft. If Paris has any respect for dance music she would step down..."

Ironically, Hilton was named Best Female DJ of the Year at the NRG Awards in France in 2014.