Paris Hilton accepts her own use of social media websites made it easy for her to become a burglary victim of the Bling Ring. 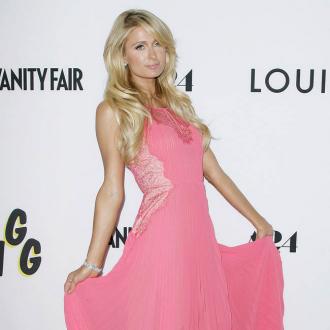 Paris Hilton says social media made it easy for her to become a victim of the Bling Ring.

The socialite was among a host of stars targeted by the gang of celebrity-obsessed teen burglars and she accepts her constant updates on her life on Twitter and Facebook made her a soft target - a mistake she won't repeat in the future.

In an appearance on CNN's 'Piers Morgan Live', she said: ''This could not have happened five, 10 years ago. There wasn't Twitter or Facebook or any of these things, so nowadays people know exactly where you are, so I've been more careful with that, and also putting the most extensive security system in my house, so this cannot happen again.''

Although the crimes against Paris and other celebrities, including Megan Fox and Miranda Kerr, occurred four years ago, the hotel heiress won't forgive the culprits and has branded their actions ''disgusting''.

Recalling the surveillance footage she was shown after being burgled, Paris said: ''I think it's absolutely disgusting what they did, when I was watching the movie I was just so horrified and disgusted by what they did to me. It was just so wrong, so it just was very upsetting.''

The 32-year-old blonde beauty has a cameo in Sofia Coppola's new film about the gang, 'The Bling Ring' which stars Emma Watson, Taissa Farmiga and Katie Chang.