Paris Hilton Was Reportedly In On The Mid-air Prank That Led To Her Screaming And Crying On A Plane Over Dubai Recently, But Alleges The Pilot Went "Too Far". 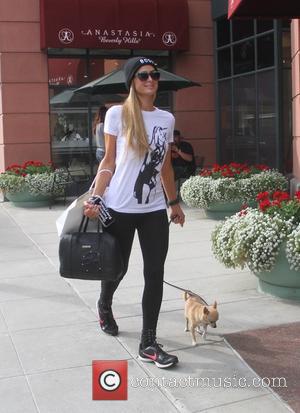 Unconfirmed reports suggest the hotel heiress is considering legal action against Egyptian TV personality Ramez Galal and the producers of his show, Ramez in Control, after duping her into thinking the plane she was onboard during a sightseeing trip was about to crash.

Hilton showed real emotion during the air scare, repeatedly yelling, "What the f**k is going on?" as the plane began to nosedive and one passenger in on the prank opened a door and jumped out.

When the jet finally made a safe landing, Galal, who had been sitting next to her, revealed the whole flight was a prank for his show, telling the socialite, "I'm so sorry. I'm a bad guy, I'm naughty. I am an Egyptian actor. This is a prank show!"

She later tweeted: "Scariest moment of my life. I really believed the plane was going to crash & we were all going to die."

However, it has since emerged she may have known more about the prank before she took off after TMZ.com obtained documents detailing the TV skit that was sent to a number of celebrities.

In the document, producers of the Egyptian show write, "We will act as if something is going wrong and ask all passengers to jump off the plane!!! Of course everyone will panic, we'll be having skydivers in disguise with us on board... We will monitor the funny reactions from our celebrity guest when they fear jumping off the plane."

And the stunt was very well organised: "Dubai official authorities are monitoring this show and providing us with security. If you want to make sure, you can contact the office of crown prince of Dubai, his majesty Hamdan bin Rashid Al Maktoum. He himself will be supervising the progress of the project."

Reports suggest Paris was well compensated for her mid-air terror.

Speaking to TMZ.com on Wednesday (01Jul15), Hilton appeared to confirm she knew about the prank in advance, but accused the pilot of "taking it too far".