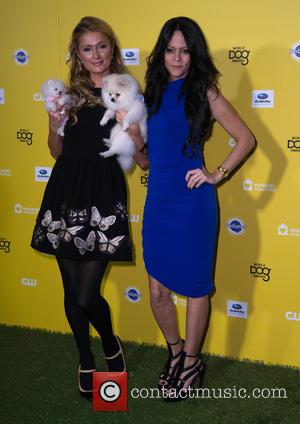 The socialite was spotted with the British actor at a Golden Globes pre-party in Los Angeles on Friday (09Jan15) and the pair was later photographed leaving the event at the Chateau Marmont hotel together in a taxi.

A source tells Britain's Daily Mirror newspaper, "Henry and Paris had a great time together on Friday night, and left the Chateau Marmont together, giggling like school kids. Everyone could see the chemistry between them. Paris was fluttering her eyelashes at him like crazy and Henry was loving the attention."

Cavill remained coy when asked about Hilton, telling the newspaper, "I don't want to talk about that."