Paris Hilton has been sentenced to a year's probation and avoided jail time after pleading guilty to two misdemeanour charges. 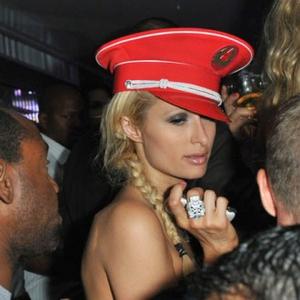 Paris Hilton has been sentenced to a year's probation after pleading guilty to two misdemeanours.

The socialite appeared in front of a Las Vegas court today (20.09.10) - following her arrest last month when cocaine was found in her possession - and admitted two offences, drug possession and obstructing an officer, but has avoided time behind bars. She is now on probation for 12 months and if she is arrested in that time, she will face a year in jail.

Speaking about the Clark County Detention Center - where Paris would serve her time - Justice of the Peace Joe Bonaventure told the 29-year-old hotel heiress: "It is not the Waldorf-Astoria."

He then added: "The purpose here is to change your conduct."

Paris must also complete a substance-abuse program, pay a $2,000 fine and complete 200 hours of community service.

Speaking after the hearing, her lawyer David Chesnoff said: "She was treated like anyone else would be treated under the circumstances, and I'm very proud of the way she's dealt with this. I think she's on the road to success and I wish her personally the best."

Asked why Paris did not fight the charges against her, David said: "Miss Hilton accepted responsibility."

Paris, 29, was arrested on August 27 on Las Vegas Boulevard after police pulled over a vehicle in which she was a Passenger, and officers discovered 0.8 grams of cocaine in her purse.

Earlier this year, Paris - who spent three weeks in jail in 2007 after violating the terms of a driving under the influence (DUI) charge - was arrested in June in South Africa after marijuana was allegedly found in her possession.

However, the charges were later dropped.