Paris Hilton has been targeted by an anti-Semitic man who has sent her death threats and believes she is Jewish. 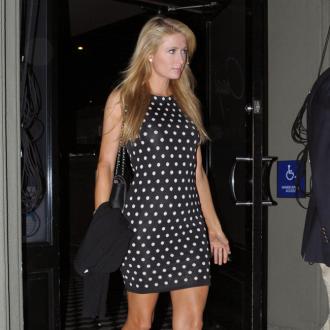 Paris Hilton has been hit with death threats from a man who believes she is Jewish.

The hotel heiress - who was raised a Roman Catholic - and her father Rick Hilton have both been targeted by a guy on Instagram and Facebook who has posted several abusive and anti-Semitic messages to the pair.

According to TMZ, one of the posts he allegedly wrote read: ''I know ur Jew family gives nothing,'' and another stated: ''KILL JEWS FOR FUN (sic)''

Another message to Rick read: ''I'll beat u and that bitch to unconscious.(sic)''

The guy is also alleged to have threatened to sexually assault the 33-year-old star.

The Los Angeles Police Department has obtained a warrant to try to track down the man on the social media sites and believe they know who he is.

It's not the first time Paris has been hit with death threats as in May 2007 she was sentenced to a 45-day jail term and before the stretch was due to start in June that year she was said to be inundated with threats from inmates.

An insider said at the time: ''These maniacs have been writing, 'We're going to get you,' and, 'I'm going to kill you.' It's horrifying.

''One person wrote that she's going to steal Paris' shoes when she gets to jail--and if Paris argues, she'll be beaten to a pulp.''