Paris Hilton is set to take up a Las Vegas DJ residency and revealed she believes DJing is the right profession for her because she is such a lover of parties. 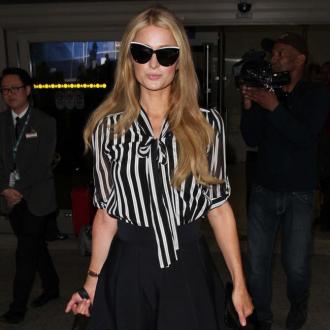 Paris Hilton is set to take up a Las Vegas DJ residency.

The 34-year-old socialite recently ended a residency at Amnesia nightclub in Ibiza and has now revealed her next regular slots will be in Atlantic City and Las Vegas.

She admitted: ''I've got a residency in Atlantic City, and I'm about to do one in Las Vegas. I can't say where yet.''

After five years of DJing, the TV personality said she hopes further residencies will quash speculation about her having a lack of talent on the decks, as she insists she has refined her skill since she first started out with the hobby.

She explained: ''There are so many rumors out there. People who think that I don't play live. There are so many haters that make up so many stories. But anybody who comes and sees a show and watches behind the booth will see I know exactly what I'm doing. I've been training so hard for the past five years.''

However, Paris said being a DJ is the perfect profession for her because she has so much experience in going to parties.

She told Billboard: ''Because I'm Paris Hilton, people assume, 'Oh, she's just this rich girl.' They don't understand that I've actually been going to raves since I was 15 years old. I love music. I love entertaining people. I love partying. I love having a good time and having people around me have a great time. So I feel like DJing is kind of perfect for what I do.''