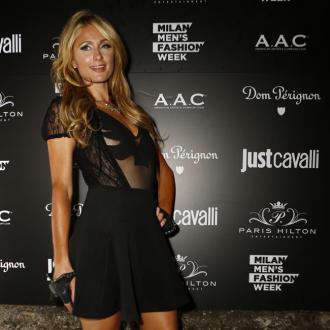 Paris Hilton has found her ''soulmate''.

The 34-year-old socialite appears to be pretty loved up with her new beau Swiss businessman Thomas Gross after she shared a glamourous snap of the pair on Instagram.

Captioning a photograph of her and Thomas, she simply wrote: ''Soulmates.''

Meanwhile, a source previously revealed that Paris has taken her boyfriend to meet her parents, Richard and Kathy, who are so glad the pair are ''such a great match''.

They said: ''They had dinner with her family in Los Angeles last week. Her mother Kathy really liked him and was telling everyone that she is happy her daughter has met such a great match.

''I've never seen her happier since she met Thomas. They are inseparable and constantly travel together around the world. She recently went on his jet from Cannes to Cabo, to Ibiza then New York and LA and then Vegas. Now they are in London for her sister Nicky's wedding and look completely in love. Paris has never looked so happy, she is literally glowing!''

And Thomas has no problem with his girlfriend's fame and success.

The source added: ''Thomas is so great for her because not only is he so successful, but he is self-made. He's not like other men in the past simply because he doesn't need anything from her but her love.

''She is inspired by him and his success. He pushes her to accomplish more and things are looking very serious between them.''