Paris Hilton has revealed she and her family held a funeral at their Beverly Hills home for her late dog Tinkerbell after the teacup chihuahua passed away in April. 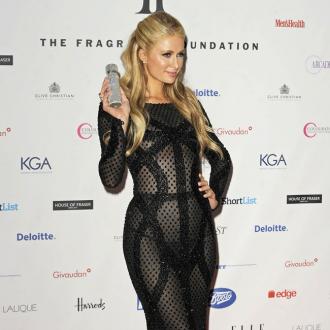 The 34-year-old businesswoman has revealed she and her relatives held a funeral in their Beverly Hills home for her pet pooch - who starred with Paris and Nicole Richie in 'The Simple Life' - following the teacup chihuahua's death at the age of 14 in April.

Speaking at The Fragrance Foundation Awards 2015, held at The Brewery, London, on Thursday night (14.05.15), Paris told BANG Showbiz: ''We had a funeral (for Tinkerbell) at my mom and dad's house, and she was buried there. We have a tombstone there for her and everything. It was really sad. I put flowers down before I left, so sad. I miss her.''

Paris was attending the awards as part of her tour of the UK to launch her 18th perfume, Paris Hilton Limited Edition, and wowed on the red carpet in a slinky black see-through dress.

Paris had been in Liverpool, North East England, earlier in the day showing off her new fragrance, and showed her appreciation for all her fans by throwing them a ''pizza party''.

The blonde beauty - who appeared at the Superdrug store in Liverpool One - said: ''(Liverpool) was amazing. It was great to see fans, people came from all over the world, and it made me so happy to see everyone. We had a little pizza party for them after, all my little Hiltons, so it was awesome.''