Socialite Paris Hilton Appears To Have Confirmed Her Relationship With Businessman Thomas Gross By Calling Him Her Soulmate On Social Media. 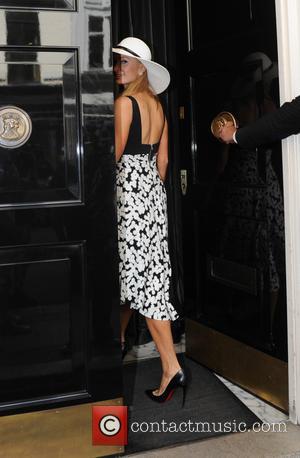 Picture: Paris Hilton - Nicky Hilton out and about in London with her sister Paris ahead of her wedding to James Rothschild on Friday (10July15). -...

The hotel heiress was first pictured kissing the multi-millionaire entrepreneur onboard a yacht off the coast of Spain at the start of June (15) and reports suggested they had been inseparable since meeting in Cannes, France weeks earlier.

Hilton appeared to confirm the romance on Wednesday night (08Jul15) by sharing a picture of her gazing into Gross' eyes on Instagram.com, alongside the caption: "Soulmates".

The couple was in London on Wednesday evening for drinks with Hilton's mother Kathy and sister Nicky ahead of Nicky's wedding to British banking heir James Rothschild at Kensington Palace on Friday (10Jul15).