Paris Hilton Jewellery Lawsuit 'Not Based On Fact' 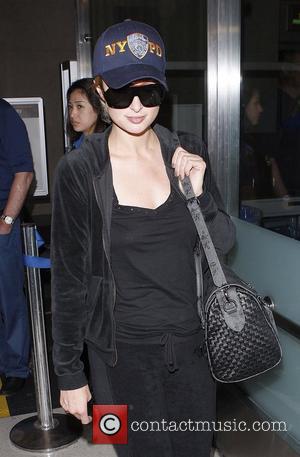 A representative for Paris Hilton has taken aim at a new lawsuit which alleges the socialite has failed to return a haul of borrowed jewellery, insisting the claims are "not based on fact".
Pieces by Italian company Damiani, worth $60,000 (£37,500), were loaned to the socialite back in 2007 but were later stolen in a break-in at her Los Angeles home.
Cops subsequently recovered a haul of Hilton's belongings, which were returned to her.
Bosses at the jewellery company's insurer Allianz Global filed suit against the star on Wednesday (06Apr11), alleging the Damiani pieces were among the items given back to Hilton by police and claiming she has since ignored requests for their return.
But a spokesperson for Hilton is adamant the lawsuit is without merit as the heiress never recovered the missing Damiani pieces.
The rep tells the New York Post, "We only just received the complaint but it is clear that it is not based on fact. Among other things nobody from the Hilton team ever told the insurance company that the Damiani items that were stolen were returned. We are not aware of any of the Damiani items being recovered by the police, only costume jewelry was recovered."
Five people are facing charges in connection with the burglary.