Paris Hilton has taken to Instagram to gush about her love for Carter Reum on their anniversary. 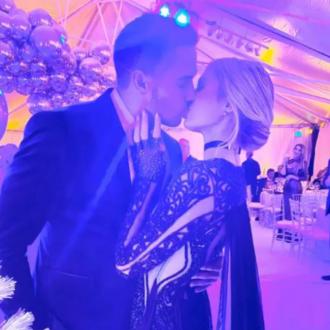 The 39-year-old socialite and DJ went public with the 39-year-old business mogul in January after months of speculation about their relationship and she has now taken the step of publicly acknowledging their love on social media, to celebrate their anniversary.

Paris posted a picture of them kissing and wrote: ''Happy Anniversary my love. My favorite thing to do is make memories with you. Your kisses are magical. I love being yours and knowing you're mine (sic).''

And, on her Instagram stories, Paris shared a number of pictures of neon signs with gushing messages, including: ''Happily Ever After'', ''I Want To Be With You Everywhere'', ''For Infinity And Beyond'' and ''I Love You With All My Heart''.

Speaking in February, Paris confessed she's having ''the best time of [her] life'' with the hunk, whom she described as ''very sweet''.

Paris' comments came after she insisted she had no regrets over calling off her engagement to ex-fiancé Chris Zylka - whom she split from in November 2018 after two years together - as she called it the ''best decision'' she's ever made.

Asking if calling off their engagement was a difficult decision, she replied: ''No. It was the best decision I've ever made in my life. I just don't think [he] was the right person and I feel like I'm an incredible woman and I deserve someone so amazing. It just didn't feel right.

''I've worked way too hard to just give my life to someone. They have to be perfect.''

The 'Simple Life' alum is more ''independent'' in her new romance, and likes the fact Carter doesn't ''control'' her.

She added: ''It feels good to not have someone controlling me.

''With dating certain people, [there's the risk of] not trusting them and the fear [that] if I go out of town they might do something to embarrass me.

''I feel lucky now to not have that fear because I'm independent.'' 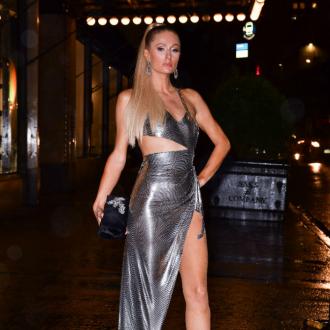