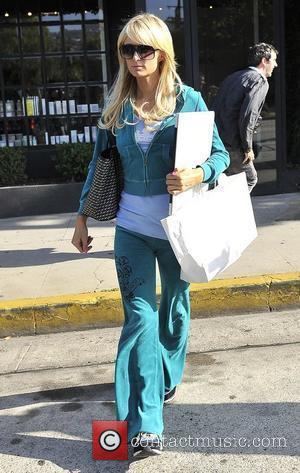 Paris Hilton 's foray into the world of deejaying doesn't appear to be going as planned. The former reality star played an hour-long set at the Pop Music Festival in Sao Paulo, Brazil, over the weekend and began trending almost immediately after her hapless performance was caught on video.
Hilton has a long way to go if she wants to establish herself as a celebrity DJ, and may want to spend a little longer practising on the decks before playing to her next room full of expectant club-goers. In one of the videos doing the rounds, she introduces one song, but proceeds to play Rihanna's 'We Found Love' at the same time, leading to a muddled mash-up. She is also filmed dancing along, seemingly unaware that the tracks she is playing aren't even in time. Reviewing the set, the UK's Daily Mirror said, "Paris Hilton did a little DJ gig to thousands of fans in Brazil last night - only, she seemed to enjoy it a little more than they did". The NME said, "Although she was sporting some very nice diamond encrusted headphones, she didn't actually appear to be doing too much by way of mixing". Referring to the reaction on YouTube, one user on Twitter said, "395 likes, 11,825 dislikes, Perhaps Paris Hilton should take a look at that before she attempts to DJ again".
The negative reviews are unlikely to put Hilton off deejaying, and the heiress appeared to have a whale of a time, tweeting, "Wow! What an incredible night! So happy you all loved my set! Loved watching you all smile & dance! One of the best night's of my life!"