Paris Hilton has changed the name of her pet Pomeranian dog from Mr. Amazing to Prince Hilton and has even given the adorable pooch his own Twitter and Instagram accounts. 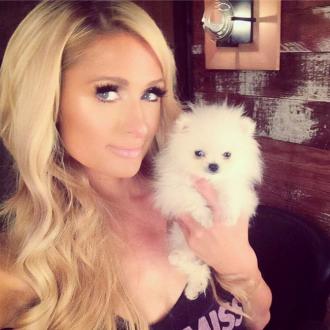 Paris Hilton has named her new Pomeranian dog Prince Hilton - and has set the pup up with his own Twitter account.

The 33-year-old star paid $13,000 for the ''micro'' mutt from Betty's Teacup Yorkies earlier this month and she has finally got the pooch home.

Although the adorable snow white dog already had a name, Mr. Amazing, Paris has decided to anoint him Prince Hilton and her fans can see what her canine friend is doing via the social networking site and also on Instagram.

The diminutive dog - who is only 2.5 inches tall - was flown from his breeders in Calgary, Canada, to Paris' home in Los Angeles and since she's been united with Prince the socialite has been taking him everywhere with her, including to work and on a doggy shopping spree.

She tweeted: ''Amazing day on set with my love. Can't wait to get home & cuddle with this lil guy ... He's the cutest baby in the world!

Although Paris is completely in love with her new pet, some of her other dogs are not happy with the new addition to their animal family, in particular Peter Pan - who also has his own Twitter account.

The celebrity DJ revealed in a tweet: ''Aw, @PeterPan_Hilton is jealous of the new baby. Hope they become friends soon. (sic)