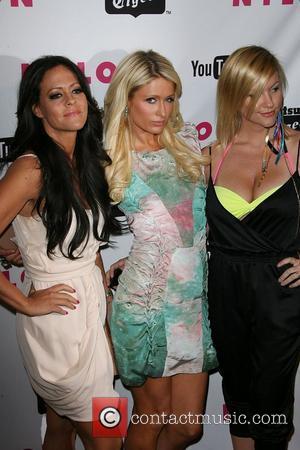 Socialite Paris Hilton got into the fighting spirit as she watched Filipino boxing icon Manny Pacquiao defend his title in Las Vegas on Saturday (07May11).
Hilton and her sister Nicky were part of the sold-out crowd cheering on Pacquiao at the Mgm Grand Arena, where he defeated American boxer Shane Mosley after 12 rounds to retain the Wbo (World Boxing Association) welterweight title.
After staying behind to watch a post-fight news conference, the heiress turned from fan to friend after she was introduced to Pacquiao and his wife Jinkee.
In a series of posts on her Twitter.com page, Hilton writes, "Pacquiao is the champion! Pac Man is an incredible fighter! Hanging out with Manny Pacquiao and his beautiful wife Jinkee. They are such a sweet & down to earth couple! Love them!
"Wow! Such an honour to be brought on stage by Manny & his wife Jinkee after the fight."
Hilton even made plans to visit the world champion when she next visits his native country, adding: "Can't wait to visit them when I go to the Philippines!"