Paris Hilton's younger brother was reportedly arrested today (03.02.15) for being out of control during an international flight in July. 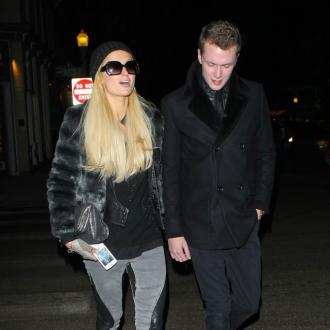 Paris Hilton's younger brother was reportedly arrested today (03.02.15) for being out of control on an international flight last summer.

Conrad Hilton, 20, was allegedly handcuffed to his seat after he ''went berserk on a flight from London to LA'' in July and threatened crew members, but his lawyer, Robert Shapiro, claims his actions were the result of an adverse reaction to a sleeping pill.

Officials told gossip website TMZ.com that multiple witness claim the socialite, who was also involved in a car accident in Palm Springs, California in August, screamed obscenities and threatened flight attendants by shouting: ''I am going to f**king kill you,'' ''I will f**king rip through you,'' and ''I will f**king own anyone on this flight, they are f**king peasants.''

He is also said to have grabbed a crew member's shirt and shouted: ''I could get you all fired in 5 minutes. I know your boss! My father will pay this out. He has done it before. Dad paid $300k last time.''

Witnesses claim Conrad then punched the bulkhead of the plane close to an attendant's face and they believe he smoked Marijuana in the bathroom as they could smell the drug.

The captain authorised crew members to restrain him to his seat with handcuffs for the descent.

Conrad admitted he took a sleeping pill before the flight, according to documents, and then bragged about how he ''buried'' the flight attendants, saying: ''I told all of them I could get all of their jobs taken away in less than 30 seconds.''

But his lawyer believes the sleeping pill is responsible for the incident and says there are numerous reports of people experiencing adverse effects, including aggressive outbursts.