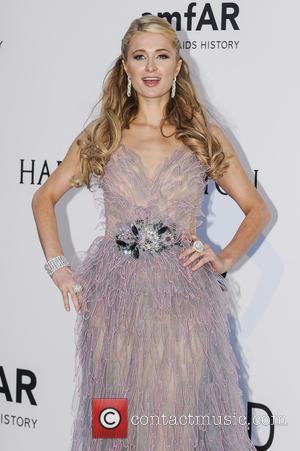 Picture: Paris Hilton - A variety of celebrities were photographed as they arrived to the 68th Cannes Film Festival for the amfAR Cinema Against Aids Gala...

Hunter Salomon, the daughter of Pamela Anderson's ex Rick Salomon, claims she dated Conrad several years ago, and now he wants her back.

In court papers obtained by TMZ.com, Salomon claims Paris' little brother has threatened to kill himself over the love split.

She alleges Conrad has shown up at her home on many occasions and sobbed to her mother, actress E.G. Daily, that he wanted Hunter back.

Things came to a head last week (20May15) when Conrad refused to leave the property and urged his ex to "get a restraining order" because he couldn't "restrain himself". She claims, "He asked if he could please just see me before he kills himself."

Conrad, who has struggled with substance abuse issues and is currently battling legal woes regarding an outburst on an international flight and an alleged reckless driving incident following a car crash last year (14), has been told to stay 100 yards away from Hunter, her sister Tyson and her parents.