Paris Hilton - who launched her 18th signature scent in Liverpool on Wednesday (13.05.15) - has revealed it was her dream from the age of 16 to have her own perfume line. 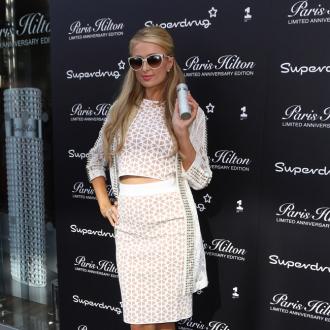 Paris Hilton wanted to create her own perfume from the age of 16.

The businesswoman has created 18 scents over the last several years and launched her most recent fragrance, Paris Hilton Limited Anniversary Edition, at a Superdrug store in Liverpool on Wednesday (13.05.15).

Paris, 34, admits she always wanted to have her own personal perfume and still has to pinch herself at what she's achieved in the beauty world.

She said: ''When I was 16 and I moved to New York, a perfume was the first thing that I wanted to do. I've just always loved perfumes. Ever since I was a little girl, I wanted to do big things in life. I never thought it would be on this level but it makes me so proud.''

Paris' latest fragrance comes in a crystal-adorned bottle and she is so happy with the blinged-up container she has been carrying a bottle with her everywhere she goes.

She told the Liverpool Echo newspaper: ''I'm very proud to have been in this fragrance industry for 10 years now and to be launching my 18th perfume.

''Paris Hilton for Women was the obvious choice as it was my first fragrance when I was 23 and will always be special to me. The packaging is so beautiful. I've been carrying it round like a glow stick. It's like an accessory!''

Speaking on why she wanted to launch her perfume in Liverpool, North West England, the DJ said: ''I wanted to come to Liverpool because I always go to London and I wanted to come somewhere where my fans can get to. It's somewhere I'm rarely at, so I was happy to be there for my fans, and it's amazing that so many of them had flown and drove for hours.''