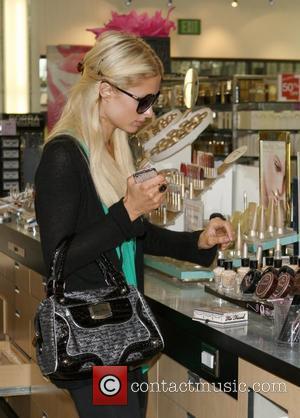 Paris Hilton has defied convention again by being spotted by the paparaazi driving around Los Angeles in a bubble-gum-pink Bentley Continental GT. According to Forbes, the company Bentley were dismayed by Paris Hilton as it could be deemed damaging to the demographic that they were targeting their marketing campaign towards.

The new muscular $212,800 Bentley was initially designed by Bentley to target a young, moneyed, male demographic. Thus Hilton cruising around in a bubble-gum pink edition was a surprise for the 92-year-old brand. One insider stated that whilst the company appreciates the fact that celebrities buy their car for its excellence, "there's a certain element of still buying it possibly for very different reasons: the follow-on crowd who just said, 'Well, so-and-so is driving the car, so I want one.'" However the source added that recent investments in the polo player-model Nacho Figueras and Peter Brant, an art connoisseur, hope to divert attention from the socialite circle. Paris Hilton further made the headlines this week in Europe when she was seen on the catwalk in Ukraine, modelling a bright yellow silk dress by the Ukrainian designer Andre Tan. The event featured 42 designers, who presented their Spring-Autumn 2012 collections.

Paris Hilton recently completed her year-long probation sentence for her 2010 drug arrest. She did 200 hours of community service plus an extra 28 hours, having to further pay a $2,000 fine.