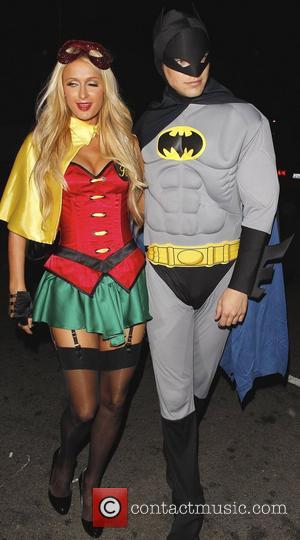 A new Paris Hilton store in Mecca has caused unrest amongst the community of the holy city. Given the rules surrounding women in the Muslim religion, a women who's fame came about via a sex tape hasn't gone down well, CNN Reports.

Utilising social media, like many stars do these days, Hilton introduced her store on the social media site Twitter, when she wrote, "Loving my beautiful new store that just opened at Mecca Mall in Saudi Arabia!" accompanying the post with a picture. She later added: "This is the 5th store in Saudi Arabia, and store number 42 in total! So proud to keep growing my brand!" The fact that her store sells luxury items in Saudi Arabia is not the problem; the country is no stranger to that, with Makkah Mall, which opened in 2011 containing 255 shops harbouring many global chains, selling everything from jewelery to electronics, women's fashion to sportswear. It even has a branch of the lingerie chain La Senza. Rather it is Hilton's personal image that has caused a stir. Sheikh Adnan Baharith, a conservative cleric who preaches in Mecca, said: "It is unnecessary to have her shop here because we do not need it. If it was in our hands we would have closed all of her shops in Saudi."

At 31, Paris seems to have exited the A-List, and entered firmly into a lower ranking of celebrity, so snapping up prime real estate to sell her merchandise is probably a prudent fiscal plan for the socialite.