Paris Hilton On 'The Bling Ring': "I Didn't Know They Tried To Steal My Dog!"

Paris Hilton learned more about the robberies at her home from 'Bling Ring' director Sofia Coppola. 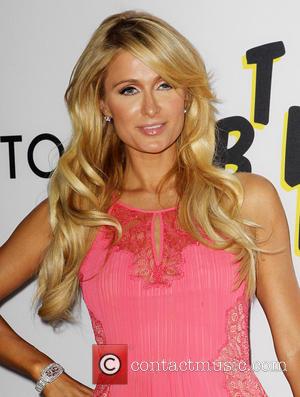 Paris Hilton says she learnt a few things about the infamous Bling Ring robberies on her home from director Sofia Coppola. The reality star heiress makes a cameo appearance in Coppola's new movie, based on the true story of how a group of San Fernando Valley youths robbed the homes of numerous high profile celebrities four years ago.

Though she was questioned by police about the thefts, Hilton says many of the facts about the robberies only came to light after she met with Coppola. "Sofia told me so many things I didn't know," Hilton, 32, told the Los Angeles Times at the Hollywood premiere on Tuesday evening. "I didn't know they tried to take my dog. I didn't know they were selling my things on Venice Boardwalk."

Hilton has been a prominent member of the promotional team for the movie and flew to the South of France to attend the Cannes Film Festival premiere last month, telling reporters the movie almost brought her to tears.

"It's pretty bizarre," she said. "They were so obsessed that they just wanted to steal our lives. It's a scary world we're growing up in now," she said on Tuesday. The new movie, starring Emma Watson as the ringleader of the thieving gang, also left Paris rethinking the security set-up at her L.A mansion, "I've put an advanced security system with laser systems. Security guards are always there, and there are cameras everywhere," she said. "So if anyone tries to get in, they're going to get caught."

So far, reviews of the movie haven't been overly favourable. Stephanie Zacharek of the Village Voice said, "The Bling Ring is the first of [Coppola's] pictures that I actively dislike -- I sense no mystery, no depth there," though Andrew O'Hehir of Salon.com wrote, "A cool and intriguing cinematic journey, largely free of either editorial commentary or amateur psychology."